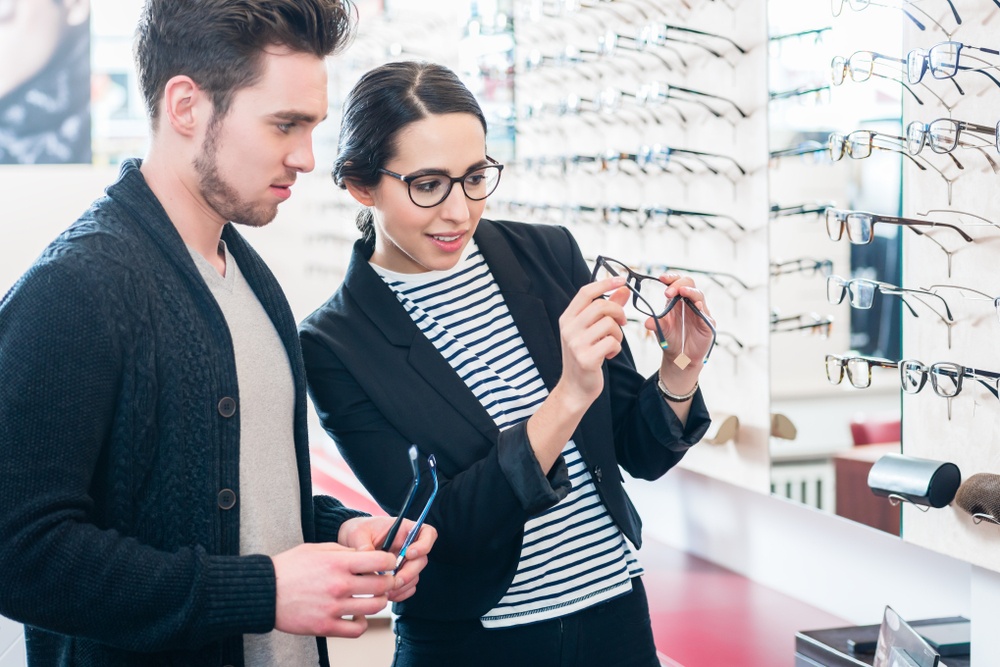 What do a short-sighted person without their glasses and a retailer without visibility into in-store execution have in common?

It takes them both ages to find where they're going and they'll both get horribly lost.

Like putting on a pair of glasses, visibility into everything that goes on in stores completely changes what a retailer is capable of.

Every retailer wants their stores to sell more. But without deciding on the processes store teams will go through every day to do that, "selling more" is just a meaningless and unrealistic goal.

That's where visibility comes into the picture.

But visibility isn't just about scrutinizing everything that goes on in stores so HQ can micromanage and police.

It's about clear communication and collaboration between stores, regional teams and head office.

After all, stores make the sales and bring in the revenue, so head office should be supporting them, not the other way around.

Here's what retailers can do with full visibility into in-store execution, and why it's a game changer.

1) They can make smarter decisions.

Step one for trying something new, and seeing if it works, is consistently doing the new thing.

Sure, it sounds simplistic. But it's applicable to retail too.

Imagine a retailer rebrands. A visual merchandising refresh across the entire store network is part of this, so the retailer sends out new display material and instructions.

After a month the retailer hasn't seen the results they expected, so the rebrand is declared a failure.

Now imagine the retailer had visibility into the compliance rate of stores with the new visual merchandising guidelines, and discovered that only 20% of stores had correctly implemented the instructions.

And with certainty, retailers can strategically invest time and cost in what drives more sales and avoid what doesn't.

An estimated 59% of stores don't implement planned displays. That's concerning given how much strategy goes into deciding how stores look and feel, and what they stock.

To use visibility into store compliance rates to make smarter decisions, retailers need:

READ MORE: The 3 Components Of A Successful In-Store Execution Strategy

2) They can spot trends in compliance rates and use them to find the root causes of poor performance.

By comparing store data like compliance and conversion rates, retailers can find and fix the underlying causes of poor performance before they start impacting sales.

Knowing this, the retailer could establish a minimum required number of store visits across all regions.

Retailers who spot trends can create unique strategies for each store to help them improve. This isn't possible without data.

3) They can work smarter, not harder, by spending time on what really drives results.

The three main reasons for a drop in store compliance rates are:

But if the retailer knows that stores find instructions confusing and time-consuming to implement, they can change the format they're given in.

If it's clear that store visit procedures don't help stores improve, the retailer can design new ones that do.

If it's clear stores have no easy way to provide feedback, the retailer can put a system in place that makes it easy and encourages communication and collaboration.

4) They can see real progress by measuring the right metrics and setting realistic goals.

No two stores are the same. While qualitative goals may be similar, quantitative goals should be achievable for each store team, or they're demotivating. Without transparency into store performance it's impossible to set achievable goals.

Store teams need this transparency too. To see meaningful improvement, store managers must be kept up to date on their progress.

5) They can do everything faster and better.

Visibility is about head office, regional and store teams being able to collaborate, communicate and use procedures that minimize time spent on things that don't drive results.

Visibility leads to agility because when head office knows why stores struggle, they can give stores the tools they need for success.

Visibility means a retail organisation is constantly re-evaluating if there's a better and more efficient way to support stores.

And that means that everything happens faster, because everything is easier.

Store teams deploy VM, promotional and operational instructions faster because the instructions are clear and concise.

Since head office has full transparency into what has and hasn't been done in each store, they have the data they need to analyze what works and what doesn't.

Progress is faster, because progress can now be defined.

YOOBIC helps retailers help their stores sell more through visibility, communication and collaboration at all levels of the organization.

The Surprising Science Behind Visual Merchandising